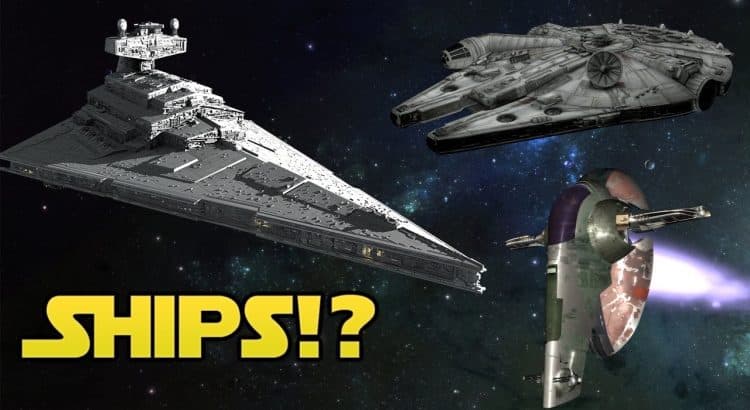 Star Wars Galaxy of Heroes Community manager Jesse Anderson. took on the forums to inform about a new features coming to the game: Ships!. Check it out:

A few weeks back, I let you know that the team has been hard at work on our next major feature: Ships!

In advance of its upcoming release, we wanted to start sharing information about this new part of the game so you can start preparing for its launch. This new feature offers an exciting new mode of gameplay, with new rewards, new activities, new things to collect, new goals to pursue, new strategies to craft and more!

The Ships feature is a major update – our biggest one to date – and so over the coming days and weeks we will be sharing information about different parts of the release.

The first idea we wanted to get in front of you is a new aspect that will influence your entire Ships experience: Fleet Commanders!

FLEET COMMANDERS
Fleet Commanders are the leaders assigned to lead a fleet of ships in space battles. You can think of them as the evolution of the “Leader” spot in unit battle. A fleet is a group of ships which (currently) start with a maximum of 5 ships in play and up to 4 more ships held in reserve as “Reinforcements”. (Much more on all of that in a later post.)

Starting Fleet Commanders
At the launch of Ships, there will be three characters eligible to be Fleet Commanders. These characters are already available in the game and are eligible for character battles, but after unlocking the Ships feature they will have the additional option of crewing Capital Ships in fleet battles.

The initial three Fleet Commanders will be:

More fleet commanders will be made available in future updates!

Fleet Commander Abilities
Active and Passive Abilities
During their turns, Fleet Commanders will have a set of unique abilities that can affect an entire fleet battle either with buffs, de-buffs, or a variety of dramatic attacks.

They may also have passive abilities which help their allies or hinder their opponents.

Reinforcement
Another option available for the Fleet Commander’s turn, involves Reinforcements. When activated the Fleet Commander can call in a new ship to the battle to reinforce their fleet (this would replace a destroyed ship with one in the player’s reserve roster of ships). A Ship called in as a Reinforcement comes into battle and immediately takes their turn. By strategically assigning Ships to the initial fleet of five, along with holding back other ships in reserve, a clever Fleet Commander can keep their opponents guessing and on their toes.

Hope you enjoyed this quick preview of one of the most important aspects of the new Ships Feature. Be sure to unlock a Fleet Commander (Admiral Ackbar, Grand Moff Tarkin or Mace Windu) to be prepared for the launch of Ships. And stay tuned for more posts as we explore more features of the new Ships update!