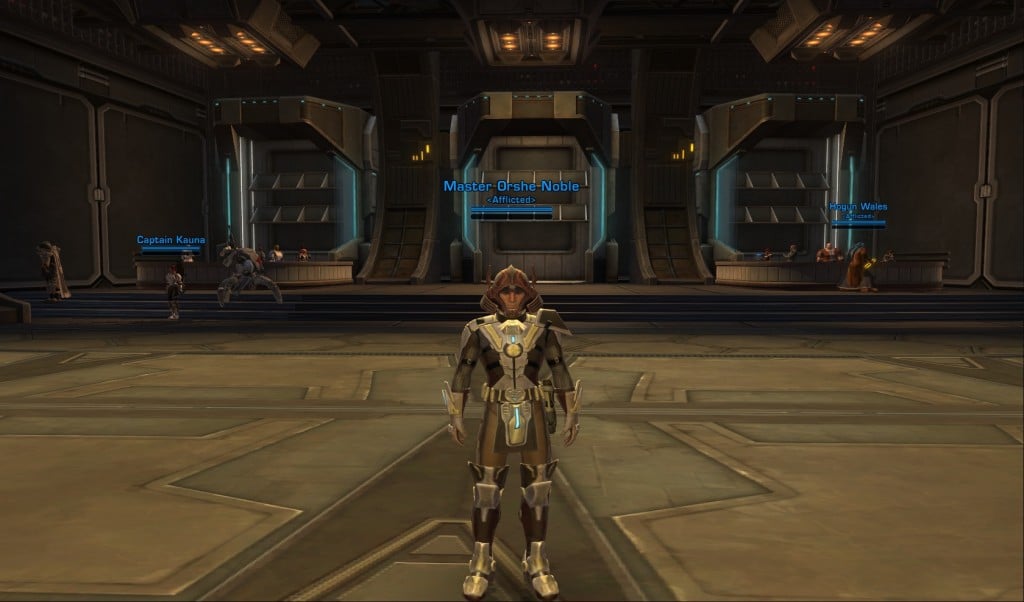 Eric Musco Posted a new Top 3 Questions post on the official forums today. This one regards the Guardian. Here is the TL;DR version
Can you up our PVP DPS Defense?
Answer: No you greedy little fuck. Actually Nerf incoming. Happy?

My AOE spec isn’t hitting really hard via single target. Buff please?
Answer: You are seriously fucking stupid. There is a middle tree for exactly what you are asking. But hey, why not. Imma nerf you sustained damage tho. Cool?

There are now too many options in the Middle tree. I’m incapable of reading and choosing things. Can we just standardize the tree so I just click everything and win?
Answer: I guess we can do that. We wouldn’t want you accidently choosing a talent that doesn’t directly benefit the exact thing you are doing this instant.

You can read the full post here, or our copy paste below:

Hey folks, below you can find the top 3 questions, answered. I am going to implement some creative use of the spoiler tag to make this one a bit more readable. The explanations of the questions will be in the spoiler tag. The actual question will just be listed by itself with the answer in yellow.

Focus on the other hand does not have nearly as strong of a defensive set. It has less passive damage reduction, Enure / Endure Pain isn’t as effective without the damage reduction, and lacks Unremitting / Unstoppable, which provides a good amount of damage reduction in addition to stopping stuns. All of this combined makes Focus / Rage far less survivable than Vigilance / Vengeance. I understand that the developers’ intent was for Focus / Rage to have less survivability, but it is currently far too much. For comparison, Combat / Carnage is more survivable than Sentinel / Marauder Focus / Rage. However, the disparity is quite small. Both specializations have the same defensive cool downs, and gain good bonuses to both passive and active defenses.

The biggest issue with the survivability of Focus / Rage is that it lacks a useful short cool down moderate mitigation defensive. Enure / Endure Pain may now be on a one minute cool down, but that’s not helpful when it serves no use except when low on health. Even then, without combining it with a warzone medpac, it does not delay your death long if you are receiving focused fire. Without a short cool down with moderate mitigation, Focus / Rage only has Saber Reflect for any reliable defensive to use before it’s at a critical health range.

Almost all other melee PVP DPS specializations have some form of short cool down defensive that acts as a buffer. Sentinels / Marauders have Rebuke / Cloak of Pain, Infiltration / Deception has Blackout, Tactics / Advanced Prototype have passive 30% damage reduction when stunned and getting attacked lowers the cool down on Reactive Shield / Energy Shield, Assault / Pyrotech has Diversion / Chaff Flares.

Question 1: Would the developers consider improving Guardian / Juggernaut survivability by giving Focus / Rage a short cool down mitigation defensive or by making Guardian Leap / Intercede easier to use under pressure?

We actually feel that Guardian/Juggernaut survivability is a bit too good right now. In fact, we are currently planning to reduce the duration of Focused/Enraged Defense down to 10 seconds (currently, 30 seconds) in the 2.8 update. Even though Focus/Rage Guardians/Juggernauts are intentionally designed to have less survivability than Vigilance/Vengeance Guardians/Juggernauts – sacrificing that survivability for greater mobility (Zealous Leap/Obliterate) and control (Force Exhaustion/Crush) – this survivability gap may be too large. We might consider further improvements to Focus/Rage mobility via Guardian Leap/Intercede. While the community’s question talks about Guardian Leap/Intercede being an escape tool (and wishes for it to be improved in that manner), it is actually designed to be a defensive tool that can be used to help your allies survive (rather than keep the Guardian/Juggernaut alive).

Force Sweep / Smash being the primary single target burst ability proves problematic in both PVP and PVE situations. There are situations in PVE where certain NPCs will be lifted, sliced, or have some other form of soft crowd control applied to them. This sometimes forces delays on the specialization’s main source of damage. This not only delays burst, but it delays the Heightened Power / Cascading Power buff to empower further attacks. Similar situations are faced in PVP. It is quite common in PVP to use soft crowd control when setting up group burst, with similar results as the PVE situation. Another major problem with relying on an AoE attack for single target damage is the fact that there are multiple specializations that have AoE damage reducing talents. These are usually specializations that have strong defensive capabilities outside of passive AoE damage reduction. Thus, said specializations can quite easily absorb the burst of Focus / Rage.

The final issue is a bit more complex. There are a variety of issues surrounding why groups generally prefer Sentinel / Marauder versions of Focus / Rage. In PVE, the biggest issue is that Sentinels / Marauders, in general, provide more group buffs and utility. In PVP, the biggest issue is that Sentinels / Marauders, in general, can survive focused attacks from multiple opponents better than a Focus Guardian / Rage Juggernaut can. Additionally, Sentinels / Marauders are also able to do more damage, which affects PVE and PVP. All of these issues add up to Focus Guardians and Rage Juggernauts not being desirable in both endgame PVE and PVP content.

Question 2: Do the developers have plans to increase the single target sustained damage of Focus Guardians / Rage Juggernauts and provide additional tools to make them more desirable for endgame PVE and PVP content?

Yes, we do have plans to increase the single-target, sustained damage output for Focus/Rage Guardians/Juggernauts. However, the final result will be less sustained damage than Vigilance/Vengeance, because Focus/Rage is intended to be better area and burst damage than Vigilance/Vengeance. Although we do wish to improve the sustained damage output for Focus/Rage, these changes may not happen in the immediate future. Currently, there are some other advanced classes (such as Vanguard/Powertech and Shadow/Assassin) which completely lack competitive, sustained Operation damage, and we would like to address those first.

Vigilance / Vengeance currently has 46 talent points available to spend points on. This is the most skill points that any one specialization possesses. Most other specializations have either 42 to 44 skill points available. Now, this would be fine if it was more of a choice between unique and useful skills. However, that is not the case. Currently, there are several examples of talents that do similar things, or are themselves lackluster and could be combined with other abilities or replaced. Some of them, while lackluster, are still required to make the specialization function properly. An example would be Burning Blade / Draining Scream and Burning Purpose / Eviscerate. These two talents both add very minor damage over time effects that are needed to boost sustained damage a small amount and provide Keening / Destroyer procs. This type of effect would make sense for a 2 point talent, or maybe separate 1 point talents, but not for a total of 4 talent points. That is just one example of many possible options.

I would also like to point out that Preparation / Seething Hatred adds nothing of value to either endgame PVE or PVP. In PVE, once you engage with the operations boss, you are constantly in combat until the the encounter is over. Likewise, in ranked arena warzones, you are constantly engaged with the opposing team until the end of the round. The only major exception to this is a very situational 1v1 to end an arena versus a stealth class that uses their in combat stealth.

*Question 3: Do the developers have any plans to merge or replace similar or lackluster talents to reduce the Vigilance / Vengeance talent tree bloat? *

We are aware that Vigilance/Vengeance has 46 available skill points, and we will look into reducing the total number of skill points that can be spent there. It is likely that we can bring it down to 44, but 42 might be a stretch. We would most likely roll Debilitation/Overwhelm into Zen Strike/Rampage, but we might consider doing something else. It is unlikely that we would combine two skills that increase damage, like Burning Blade/Draining Scream and Burning Purpose/Eviscerate. Feel free to make other suggestions regarding which skills you might like to see combined or which skills you would not mind seeing removed from the game.