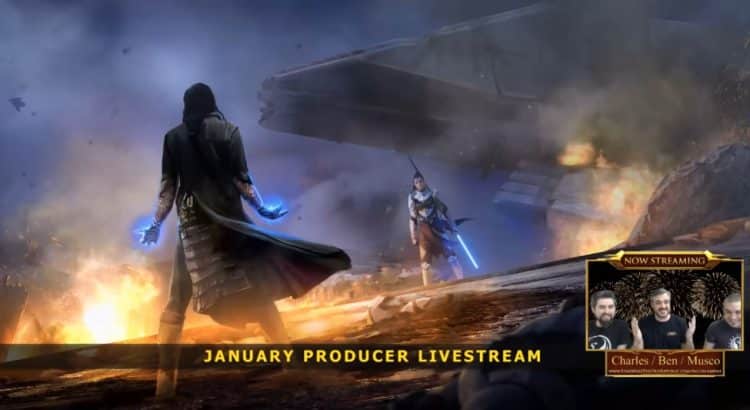 Dulfy did a write up of the January SWTOR Producer’s Livestream. You can read it all below, but the original write up can be found over at Reddit

This livestream will be mostly a recap of previously discussed things without much new information. The livestream at end of January will discuss some of the things coming in March.