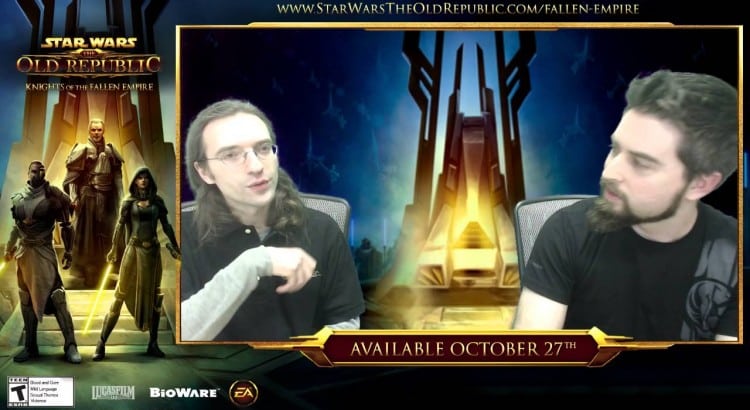 BioWare posted a video yesterday featuring Charles Boyd and Alexander Freed. The video go over the story in Knight of the fallen empire, and upcoming content we can expect with chapter 10.

Below is a recap made by Dulfy: