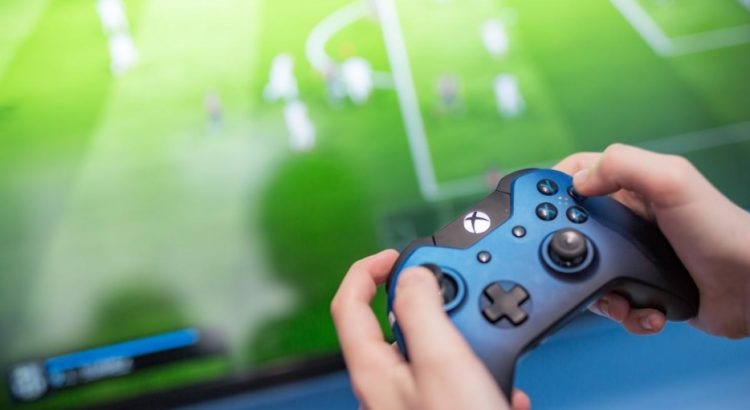 The gaming industry has mushroomed over the past few years. The trend of gaming is evident from the rise in annual gaming competitions held worldwide. However, if you are a parent and see your child playing games, you might consider it as a waste of time and become berated.

Well, now your child has a valid reason to spend time playing his favorite games. Research has shown that playing video games can help you enhance your skills, e.g. networking, reasoning, problem-solving, self-confidence, flexibility, and the list goes on.

One such study was spearheaded by Matthew Bar, a researcher at the University of Glasgow in Scotland. Matthew recruited 16 university students who had to play eight different video games over a period of eight weeks. A control group was also selected.

Both groups had to fill a questionnaire before and after the study. The survey assessed the students on their adaptability (i.e., how well students can change themselves as per the conditions around themselves), communication and resourcefulness. After eight weeks, Matthew observed a significant improvement in all the measured skills of the students. Adaptability increased by 75%, communication 69%, and resourcefulness saw a sharp rise of 81%.

This study is more than enough to prove the benefits of gaming. However, gaming not only improves the above skills but a dozen more. Let’s have a look at them. In addition, we will provide you the reasons behind students’ improvement in their abilities through gaming.

Myst, Portal, Braid, and The Talos Principle are some of the puzzle games that force you to think hard. In these types of games, you have to analyze the surroundings by the given data, build connections and patterns among them, and in the end, devise a solution. When you perform these tasks in a game, it allows you to polish your critical thinking skills. This ability proves to be handy in your personal as well as professional life. Whether you are a student trying to think of a list of thesis titles or working in the corporate sector, critical thinking is a vital component for success in all aspects of life.

When you play a video game, you have to make many choices. Should I kill the person or let him go? Is the evidence enough to execute him/her? These activities indicate you are living in the shoes of others. As such, you develop the quality of empathy. For example, in a game called ‘Depression Quest’, your character play as a person suffering from depression. You have to manage your treatment while working to maintain your relationship, among other tasks. This allows you to gain first-hand experience of the life of a depressed person. These types of games help you develop empathy.

Long before broadband became mainstream, games used to be played on a Tv screen with a group of friends gathered at one of the friend’s houses. These gatherings allowed a person to strengthen their social skills. Now when technology has advanced, online games are on the rise. You are not restricted to play the game with your friends only. Instead, you can play online with anyone around the world. Many games offering provides audio features to communicate directly with your friends or teammates, but with all the players. This not only broadens your horizon but also teaches you the skills of dealing with people of different backgrounds. Consequently, you develop your social and communication skills.

This might seem to be a stretch, but video games certainly develop leadership qualities. Allow me to explain how.

Among the millions of games available online, Massively Multiplayer Online Role-Playing Games (MMORPGs), have known to instill leadership skills more than any other type of game. The reason is that MMORPGs are role-playing games in which players perform leadership tasks. They manage a team, assign responsibilities, involve in strategic planning, and perform other leadership roles that would be normally expected from a real-world leader.

Since the players are not performing these tasks in real life, they are not under pressure and don’t lose hope after a major setback. They start again irrespective of how many times they have failed in the past. This safe environment helps the players to bring out their natural leadership capabilities.

So, if you are looking for a resource for your company to lead a team, you know very well whom to hire!

The importance of story-based games in enhancing reading capabilities

The University of Padua conducted a study on children aged between 7-13 years. Two groups were formed, with each playing nine gaming session for 80 minutes each. The first group was asked to play action-packed games while the second played a bit dull games. At the end of the ninth session, reading tests were conducted for both groups. The group which played the action-based games showed considerable improvement in their reading abilities as compared to the second group. This difference was because video games improved the attention spans of the students, which is a critical component if you aspire to be an avid reader.  What surprised the researchers was that this improvement in the reading abilities of the students was much greater than what they would have seen after a year of traditional teaching habits.

This might seem a difficult skill to pursue, as it is not easy to teach innovation. However, puzzle games are proven to develop an innovative mindset to a large extent.

The reason behind this is quite simple. In puzzle games, you are given a certain platform and supposed to use the resources to solve a problem or accomplish the given goal. To do so, you need to handle situations in new ways, as working in the traditional way won’t help. Consequently, you need to think outside the box or in other words, devise innovative strategies.

These were six crucial skills that you can develop by playing games over a period. The list is not comprehensive though. However, learning these skills takes time. You can play any of these games and can observe the improvements by yourself. Also, it is pertinent to note that these benefits don’t mean that you leave everything aside and play games the whole day. As they say, excess of everything is bad. The trick is to play a little bit but regularly over an extended period.