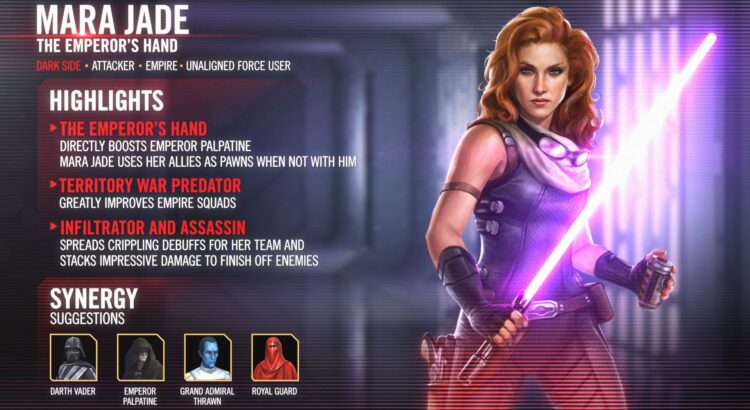 The guys over at Capital Games has posted a new developer insight. This time they are talking with the designers of Mara Jade, The Emperor’s Hand. According to legend, she served as the true hand of the Emperor at the height of the Empire, going after his foes, be they remnants of the Jedi or duplicitous Imperials.

Below, we take a dive into the developers’ motivations and inspirations while creating the kit for this fan-favorite character.