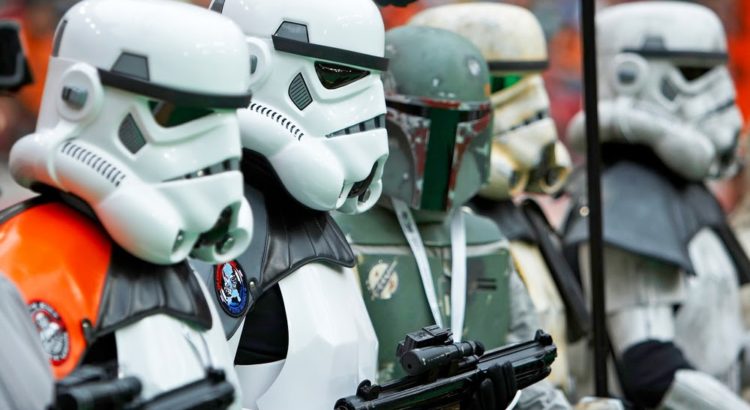 Star Wars is a classic of all-time. With the good guys of the Jedis facing the bad guys of the Sith, we are treated to an epic battle between light and dark. There are heroes and villains in so many shapes and forms, it is not surprising that it has become the favourite stopping-off point for the games’ developer too. Whether it is small online games, themes for slots or a mega-blockbuster console release, the Star Wars branding guarantees a hit – not least because of all the devoted fans who consume anything to do with the film.

It is a controversial undertaking deciding on the best ten of anything to do with the Star Wars universe. Yet, we have decided to spark up our light sabres and find the force to suggest these are the best Star Wars titles you can play.

This is a Battlefront game with a Star Wars twist – gotta be good, right? Well, of course, as you are literally thrust into a battle in a galaxy far away and sent on a mission to take out the darkside. The Starfighter Assault mode is the best thing about this game, as you have to mix strategies of attack and defend.

While the entertainment is a little chaotic, with much dodging of debris and avoiding enemy fire, this is an amazing game. Better still, the 32 player battles are just epic.

The Dark Forces games are first-person shooters, usually set in historical battles. Here we are given the same first person shooter experience in the Star Wars setting. This feels a little like Doom but with a whole load more imagination – thanks to the depth of the original film. You are essentially on a mission to blast everything in your path – but it is a formula that has worked through the evolution of games and works well here.

This is the only game, in our opinion, that has come close to putting you in the pilot seat of a starfighter. It is the original flight game and while Battlefront is more slick, this original still feels superior. With each mission you step into the X-Wing and feel like a real imperial pilot sent on a dastardly mission from the Emperor.

At times the controls are too complicated for their own good and you always feel like you are learning on the go. However, for those purest fans, the attention to detail of the Admiral Thrawn story arc is going to love this.

So, there is a Lego game and there is a Star Wars game and it promises a complete saga. Seriously, there is little need to proceed in explaining why this makes our list of greatest games from the Star Wars universe.  This is an action adventure puzzle game for the young amongst us (and those who want to remain young). Everything feels a little haphazard – but that is part of the fun.

The greatest thing about this game is that you can choose to play as one of more than 50 characters from the film. And, you are taken through events from the six movies from the main storyline – how epic is that!

OK – now we are into the serious titles from Star Wars. The appeal of this game is the moment when you realise you have the power of the force and you can pull people towards your lightsaber and then swipe through them with raw power. While it is essentially a sandbox game as a Jedi character called Cal – you are a Jedi in the game and it is a joy to play. We would love this game even if it wasn’t a Star Wars title.

This is a gem of the Star Wars games, and only available on the XBox. It is an amazing shooter experience and with the skill of a development team who know how to inject variety into the set fight scenes. There are some amazing design flourishes that set this apart from other first-person shooters and it also happens to be set in the Star Wars universe.

So, game developers can take the queue from the original and send us far back in time to the start of the Old Republic, which stood for thousands of generations. This is a rich and varied game, with an ever-expanding MMO.

It is unique because of the timeline taken by BioWare, which gives you vast universes to explore that are not yet tainted by perceived knowledge from the movies. The storytelling is immense, which is why it is so high up on our list.

You have all the powers of the Jedi in this game, which most games have tried but few have succeeded as well as this one. It is not just that the lightsaber battles are so good, it is that it attempts to bring in the other mind powers as well. There are loads of multiplayer options and there are some serious community groups who take the lightsaber duels particularly seriously. You can even go and watch!

If we start by telling you this was the best release ever on the Gamecube, you will probably roll your eyes. It is not necessarily the most stellar recommendation. However, it stands way above your expectations – as you become a pilot in any number of ships from the Star WArs films. You can take on air combat and undertake the famous Death Star trench run.

This is a beautiful game with great physics and some quality set piece attacks. It is by far one of the best fighter pilot experiences out there.

1 Knights of the Old Republic

But, as always with Star Wars, it is the narrative that gets us in the end. Therefore, the best game out there is Knights of the Old Republic, it is just absorbing. And, if you are a Star Wars fanatic, it will allow you to explore the legend and myth of the stories in the ultimate depth.